Rebranding project for MenAlive Orange County Gay Mens Chorus.
Website: OCGMC.org | Facebook/Twitter/Instagram: @MenAliveChorus
Official press release released on Sept 12, 2017: "A blend of the familiar and the modern, the new logo design is one of the many initiatives in OCGMC’s exciting next phase as we continue as a noted, well-respected non-profit arts organization in Southern California."

"Since its initial debut in the autumn of 2001, MenAlive has enjoyed being an Orange County arts staple, and our iconic logomark has seen itself emblazoned on countless publications, banners, and marquees throughout the country. Although the logomark has only been altered slightly in its 17-year history, this 2017 refresh marks the most substantial brand redesign since our first season, which involves a new, more contextually rich color palette, nods to our group’s Southern California enclave, and a more modern typography that reflects the group’s next phase in its artistic evolution. Our quirky “logo man” icon (comprised of two bass clefs), however, still remains a part of our logo—though, clearly, it has a new spring in its step.
The new logo was designed by talented OC graphic artist John Viet-Triet Hoa Nguyen who also performs in MenAlive.
In his assignment to refresh aenAlive’s logo, John saw the color orange not only as a direct homage to the county, but also as a symbol of happiness and creative expression, while the color blue can represent expansiveness, imagination, and confidence."

ABOUT MENALIVE
"A 501(c)(3) nonprofit, MenAlive’s mission is “Through music, men’s voices unite as a vehicle to entertain, educate, bring healing, joy, community and build bridges to the public at large.” Founded in 2001 by former Artistic Director Rich Cook, MENALIVE has quickly grown into one of Orange County’s largest choruses and continues to be an active and respected partner in the Southern California arts scene. Since its first rehearsal in September 2001, MENALIVE has grown from 13 singers to more than 150+ singers, staff, and volunteers.
Now entering its 17th Season, MENALIVE continues to produce full-scale productions that combine song, dance, and theatrics to provide shows of enormous popular appeal for all ages and backgrounds. The Chorus performs a wide range of musical styles including classical, jazz, gospel, traditional, contemporary, showtunes, and popular hits. During its 17-year history, several major and noted guest stars have joined MENALIVE in performance over the years, including Michael Feinstein, Debbie Reynolds, Ruta Lee, Ben Vereen, Sam Harris, Leslie Jordan, David Burnham, Alec Mapa, Nikki Blonsky, Broadway legend BernadettePeters, and, of course, the one and only Liza Minnelli." 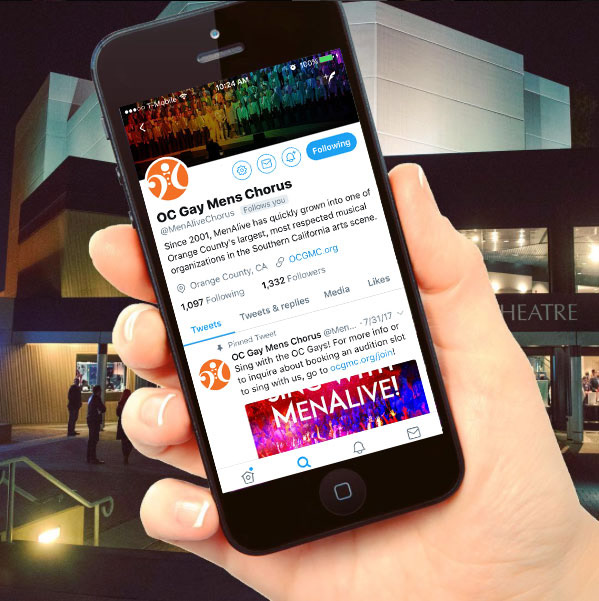 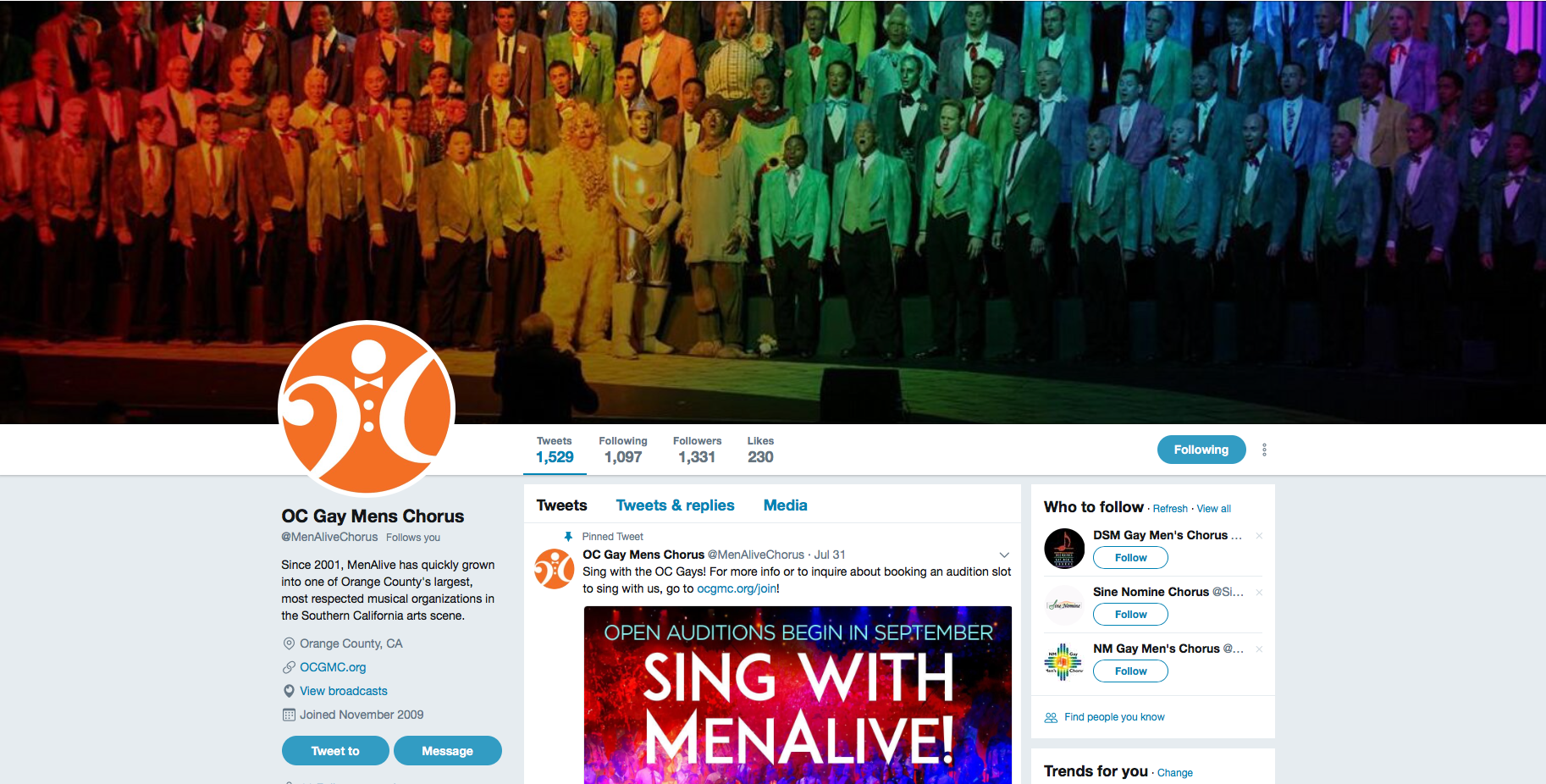 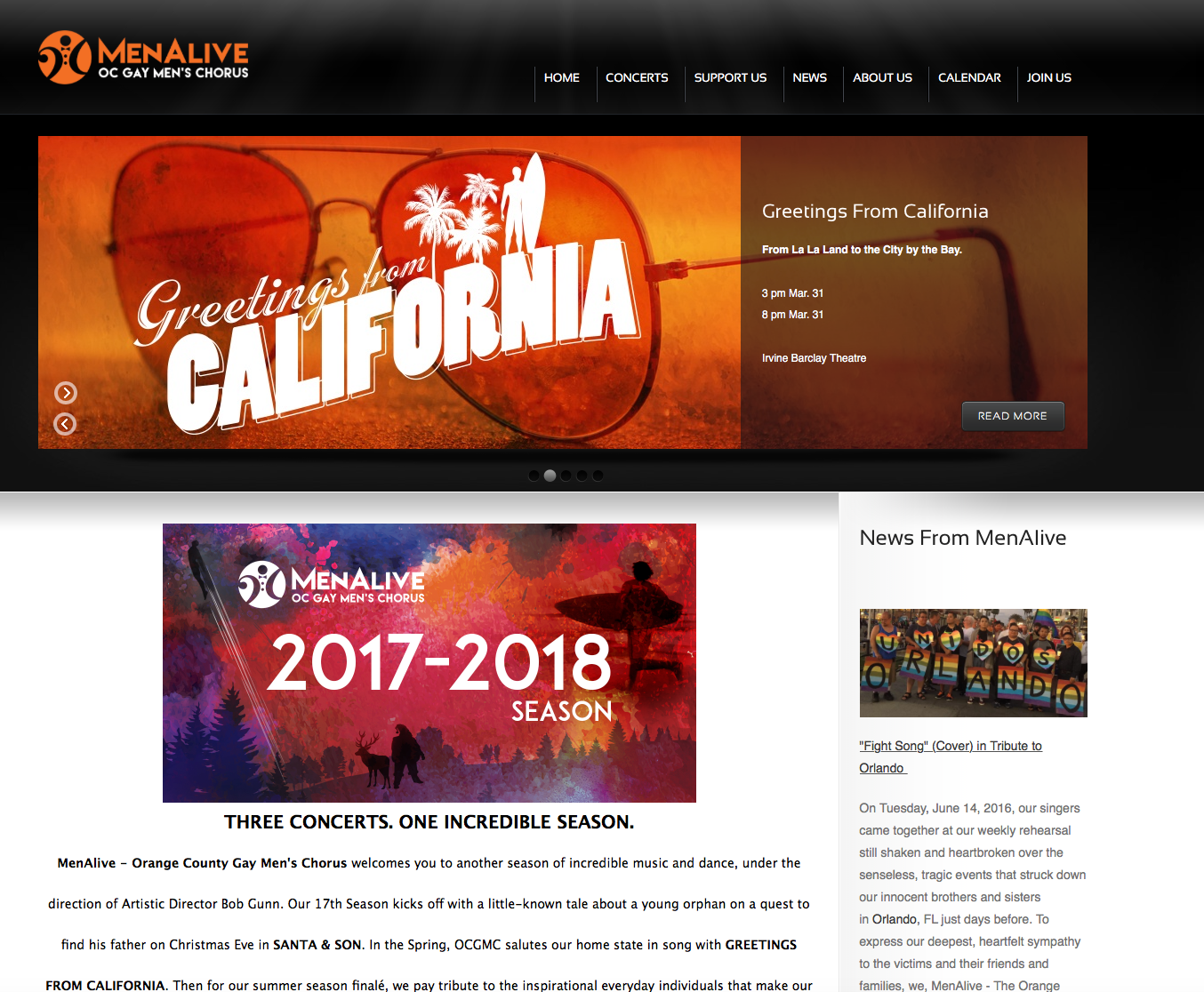 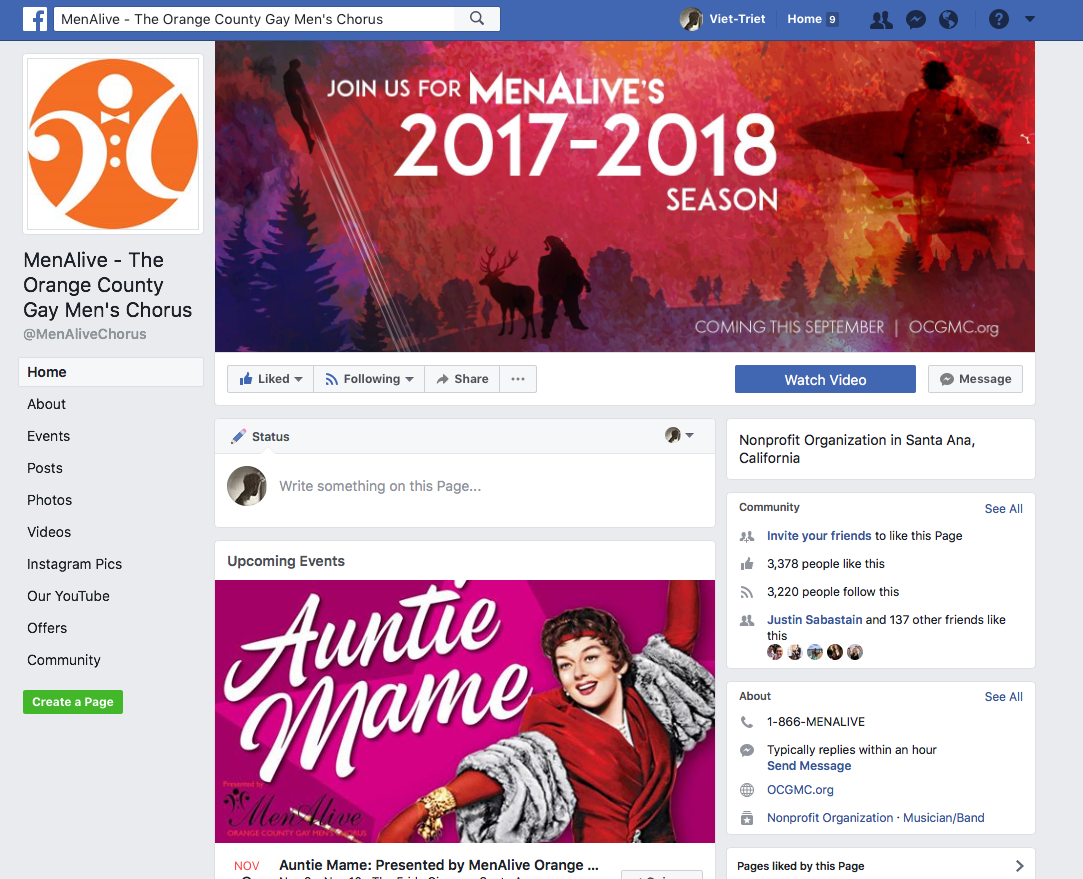 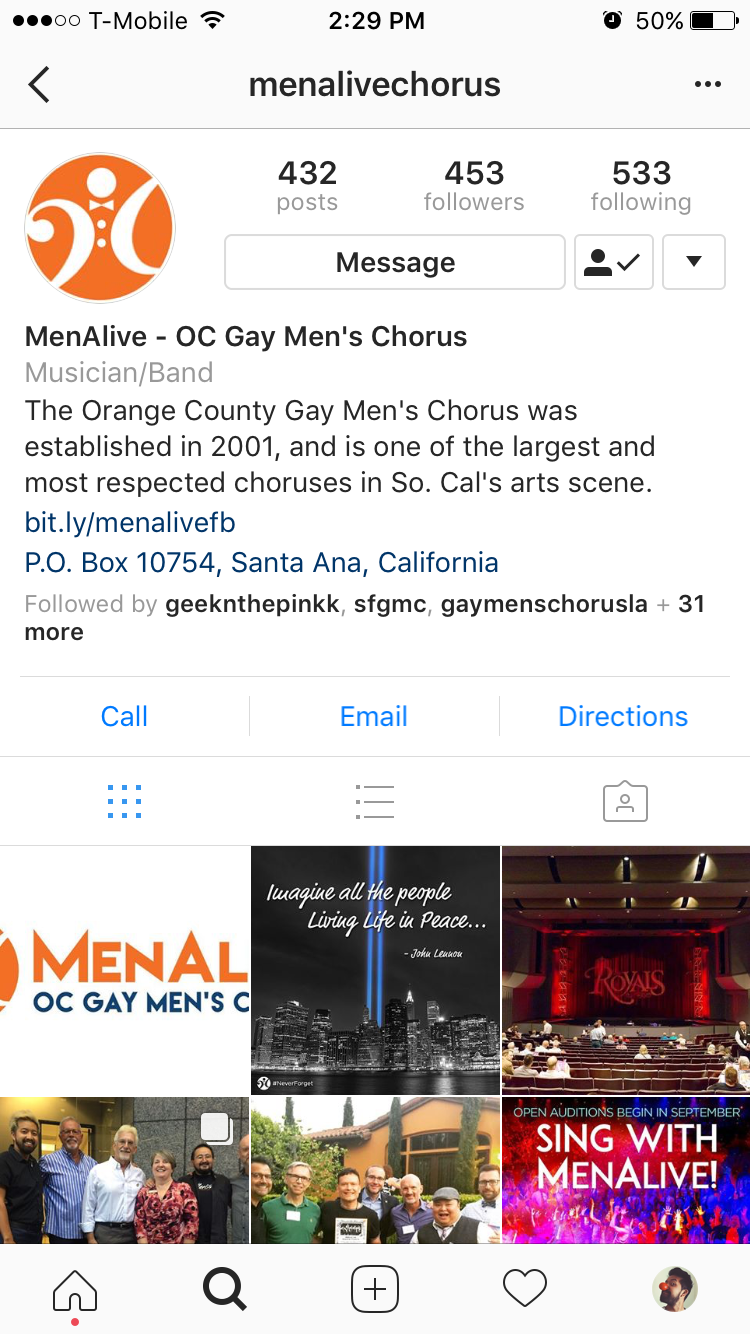 "In addition to redesigning this logo, I am proud to have created many great memories as a singer and dancer in MenAlive chorus. The chorus motivates me to also be an advocate for LGBTQ rights as we are not just about arts and entertainment. We also promote acceptance and understanding especially in the LGBTQ community." -John
Learn more about the chorus over at the official MenAlive website:  OCGMC.org
↑Back to Top